As some of you know, our Copper House Distillery has been steadily growing over the past few months. We’ve built a new room next to our original stills to house two new copper pot stills. One will be used to make gin (including an exciting new gin which we’ll be releasing later this year) and the other has an alembic head on it which is perfect for making whisky as well as Adnams Spirit of Broadside and our apple spirit, Pomme Pom. Next to these new stills we have installed three tanks especially for whisky production. One will hold the ‘low wines’ pre-distillation and the other two will store our freshly-made whisky before it is moved into oak barrels for its maturation. The engineers have been busy installing shiny new pipework too - the area near the roof looks like a Mondrian painting (minus the primary colours)! This means we’re well on the way to making the distillery accessible again for our distillery tours which will re-start in April. Until then, here’s a sneaky look at our new stills. 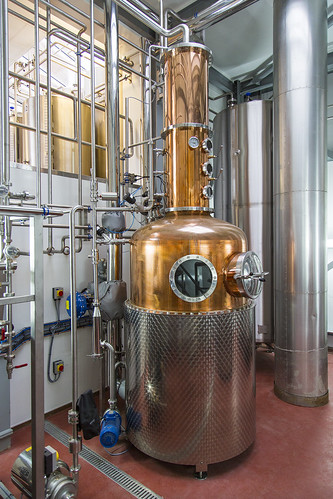