A huge thank you to everyone who came along to the Adnams 10k run on Sunday. We were thankfully spared the floods that were forecast 48-hours before - phew! The weather on the day was cold and bright - fine for runners, but a bit chilly for our brilliant supporters and volunteers who were lining the route. It was a fantastic atmosphere, and the cheers of support are always appreciated by our runners. First across the finish line at an amazing 33:59 was Dominic Oliver from the City of Norwich Running Club. This is the second year in a row that Dominic has won the Adnams 10k - can anyone catch him next year? Well done Dom! Second was Jonathan Ling from Ipswich Jaffa at 35:07 followed by Jim Last from the Framlingham Flyers at 35:57. The first lady across the line was Laura Thomas from Ipswich Jaffa at a speedy 38:47. Second was Rowenna Leary from Norfolk Gazelles at 42:10 followed by Helen Thomsit from Little Baddow Runners at 42:26. The fastest team prize was awarded to Run for your Life and the winner of our fancy dress competition (a rather splendid werewolf) was Stuart Burgess. You can find the full results on the ResultsBase website. Special thanks goes to our sponsors, support and volunteer groups: The East of England Co-Op, Coastal Spring Water and Cawston Press. DB signs for the signage, Southwold Treatment Rooms for offering post-race massages and raising money for the Adnams charity. The Rotary Club, Southwold RNLI, St John's Ambulance, Gary Matthews from GEM Fitness, Adnams staff and volunteers, and everyone who gave the 10k run their support. If you'd like to re-live the race, you can watch Peter Speechly's 10k 2015 film (8 minutes). Thanks so much Peter for sharing your film with us. You can also view photos taken by Warren Page on Flickr. 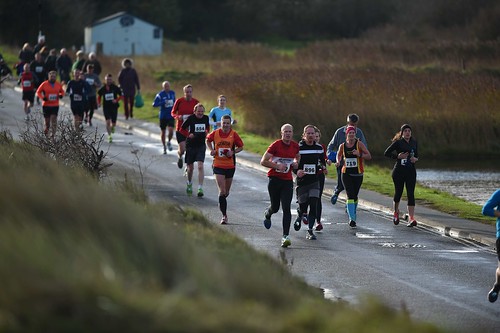 A huge well done to everyone - you're all amazing!